Today net neutrality is often described as the principle that internet service providers (ISPs)—and only ISPs—treat all data on the internet the same. But it wasn’t always this way and shouldn’t be this way going forward. 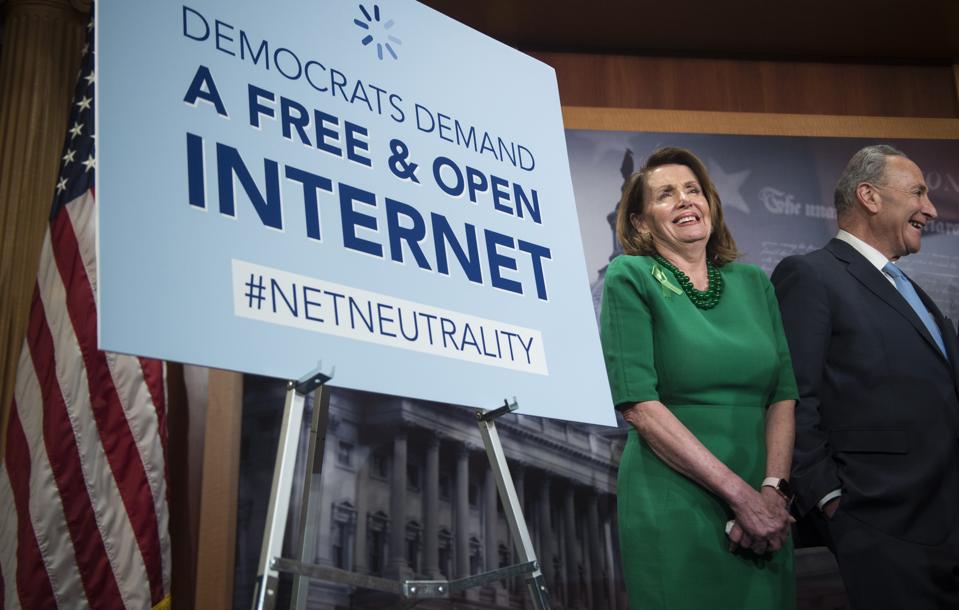 The Federal Communications Commission’s (FCC) original net neutrality principles were framed in terms of consumer rights and competition among network providers, application and service providers, and content providers. When it adopted net neutrality rules five years later, however, the FCC eliminated all references to consumer protection and competition—the traditional pillars

of communications regulation. The rules instead limited the application of net neutrality principles to the “last mile” portion of the network that’s operated by internet service providers (ISPs) (i.e., the connection from an individual consumer or home to the rest of the internet).
The FCC’s decision to limit the application of its net neutrality rules to ISPs represented a fundamental shift in its approach to communications regulation, a shift that effectively abandoned its traditional roles of protecting consumers and promoting competition in wire and radio communications. The FCC’s revised approach focused its efforts on the ways internet service providers do business with other network providers and big tech companies, irrespective of competition or harm to consumers.

There has never been a principled reason for permanently limiting internet regulation to ISPs in this way. The limitation has always been based on factual circumstances that are subject to change. As Google noted eleven years ago in its seminal net neutrality filing at the FCC, the internet regulation debate had “focused only on last-mile broadband connectivity” because that’s where advocates believed the threat to internet openness was greatest.
Google acknowledged that the internet was not an “absolutely ‘neutral’ place” and that ISPs aren’t the internet’s only potential “gatekeepers.” It merely argued that regulation of other potential gatekeepers was unnecessary because, at the time, commercial agreements among non-ISPs were being “struck in a robustly competitive market” and fashioned in ways that respected net neutrality principles.

The factual circumstances have changed dramatically since then.
Today, several markets for critical inputs to internet communications are now less competitive than markets for broadband internet access service. To cite just one example, consumers can choose from among four nationwide mobile internet providers—Verizon, AT&T, T-Mobile, and Sprint—but have only two choices of mobile operating systems—Android and iOS, which also happen to give Google and Apple the same gatekeeper power as ISPs.

Big tech companies are now exercising their gatekeeper power in ways that no longer respect net neutrality’s non-discrimination principles. When Amazon refused to sell Google devices, Google blocked its YouTube app on Amazon devices—“selectively blocking customer access to an open website”—and Amazon retaliated by blocking its Prime Video app on Google devices. The European Union fined Google $3 billion for prioritizing search results for its own content over its competitors. And so on. There are now too many examples of big tech’s discriminatory behavior to list in an article of ordinary length—far more than the handful of examples involving ISPs.

If the goal is an open internet, this must change.

It’s now obvious that prohibiting discrimination on the network’s last mile while letting it flourish elsewhere will not produce the results net neutrality advocates seek to achieve. It will merely shift control over access to internet content, applications and services upstream, where big tech companies control the gates.