What cities will look like tomorrow greatly depends on what today’s urban leaders, planners, businesses—and of course, residents—are looking for today. 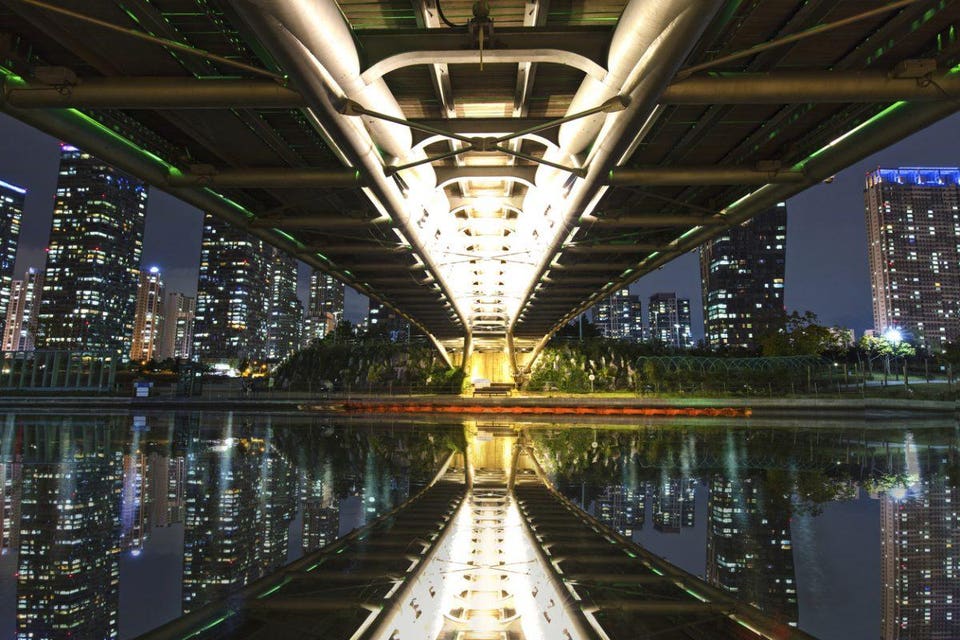 “Smart cities are those that recognize these challenges and adopt their planning and strategy to address them,” the report states.iStock

Understanding tech for tomorrow’s city begins with grasping today’s outstanding challenges. A Juniper Research report written in conjunction with Intel contends that creating a more intelligent city begins with self-awareness in areas from air pollution and traffic congestion to overcrowding and pockets of inequality. “Smart cities are those that recognize these challenges and adopt their planning and strategy to address them,” the report states.

Here are three areas where rapid advancements in IoT technology are already beginning to shape the cities of tomorrow, and how residents benefit from (and participate in) those substantial improvements.

1. Computer vision: With computer vision, cameras and other visual sensors capture raw video as data and process it into useful, actionable information. In smart cities, improved computer vision will give rise to enhanced quality of services, improved public safety, reduced congestion, and new levels of efficiency. One example of computer vision in action involves smart streetlights. Outfitted with this technology, they can reduce brightness when they detect no people or vehicles present (saving energy); monitor nearby parking to enable drivers to quickly find the nearest vacant space; or monitor pedestrian and vehicle traffic flows to optimize traffic and crosswalk signals. In terms of public safety, computer vision-enabled streetlights can send alerts on dangerous potholes or blocked storm drains.

2. Edge computing. An easy way to understand edge computing is to think of the phrase “where the action is.” Rather than relay information back to a central hub, cloud or data center mainframe, edge computing processes and analyzes data right at the source of where it’s collected.

So instead of a device or sensor sending its data over the internet, it can process this data itself—essentially becoming its own mini data center. And edge computing is strongly on the rise for one big reason: An IoT data deluge results when adding more devices to a smart cities network.

Smart buildings represent a prominent example of edge computing in action. As people occupy or crowd one part of a building, for example, sensors pick up this activity and via edge computing, can adjust lighting and climate control to optimize your comfort and visibility—while using far less energy on unoccupied floors. The result: smarter green buildings that react to our daily usage.

Edge computing (along with the emergence of powerful 5G data networks), will also play a major role in enabling driverless cars. Vehicles such as Google’s Waymo produce 1 GB of data per second. And sending that kind of data somewhere else for processing poses all sorts of problems, the biggest of which is latency—that is, a delay between when the data is generated in real time, and when it is processed. And when it comes to a car driving itself, even a few seconds of latency is, if you will, a non-starter.

3. Data analysis. To understand how smart cities perform their daily miracles, consider this: the city environment captures data at many levels and in real time. That’s possible because sensors, cameras, kiosks and nodes, along with radio-frequency identification (RFID) and Bluetooth devices, constantly relay information that is translated into data. While some of that is environmental (temperature, climate, air quality), people share their activity  constantly in terms of how they move, congregate, consume and much more. That data then becomes a living, breathing part of the city, which can adjust itself (think of traffic management) based on non-stop data analysis.

An example of what’s possible with statistical analysis is the South Korean city of Songdo, informally known as a “city in the box” because it’s been built from the ground up as a smart city. Sitting on 1,500 acres of reclaimed land, Songdo measures and adjusts traffic patterns thanks to RFID tags on all its cars. Every inch of the town is wired in fiber-optic cable; climate, energy consumption, leisure activities and water consumption are monitored via data. Even small children generate big data: They wear bracelets with sensors that make it easy to locate them if they get lost. The benefits of all this measurement is clear: In Songdo, traffic moves better, less energy is consumed, senior citizens can be monitored for health issues, and wayward kids are reunited with their parents long before any panic sets in.

The law of far above average

To get an idea of how IoT technology for cities will leap ahead in the next few years, consider this analogy by way of the now ubiquitous iPhone. When unveiled in 2007, it had what was then considered a fairly monstrous storage capacity: 4 GB. The new XS model unveiled in September 2018? It holds up to 512 GB, 128 times more than the original.

Likewise smart city technology falls in line with Moore’s Law, Intel co-founder Gordon Moore’s prediction that overall processing power will double every two years. Blink today and you’ll miss it all unfolding and exploding: Intel’s 72-core Xeon Phi has 8 billion transistors; it was only a decade earlier that the 1 billion mark was smashed.

The Internet of Things—the foundation on which smart cities are built—needs this kind of firepower as urban areas move from static to dynamic spaces that continuously monitor and update themselves.

Smart city tech can do some amazing things today, such as choreograph traffic signals in tune with traffic and organize waste management through intelligent cans equipped with sensors. But it’s highly likely we’ll look back ten years from now with some amusement. When you think about it, those first iPhones now make much better paperweights than mobile devices—though in the smart cities of the next generation, perhaps even paper will be a thing of the past.